December 10, 2018 (Japan time), we held the IT 25 · 50 symposium which commemorated the 50th anniversary of “The Mother of All Demos” by Douglas Engelbart and the 25th anniversary of commercialization of the Internet.
The connection between Alan Kay in London and the venue at Keio University Mita Campus was connected by a conference system called Zoom.
And on YouTube Live, we broadcast live by voice of Alan Kay and live broadcast by simultaneous interpretation.
People from about 20 venues (universities, companies, organizations) from all over Japan also participated. In addition, viewers from the United States and Germany also participated. It has become an unprecedented scale symposium.
From now on, every year on December 9 as “IT day”, we want to celebrate the birth of “IT Revolution” and spread the activity of thinking about the past, present and future of IT all over the world. Please join us if you are interested. 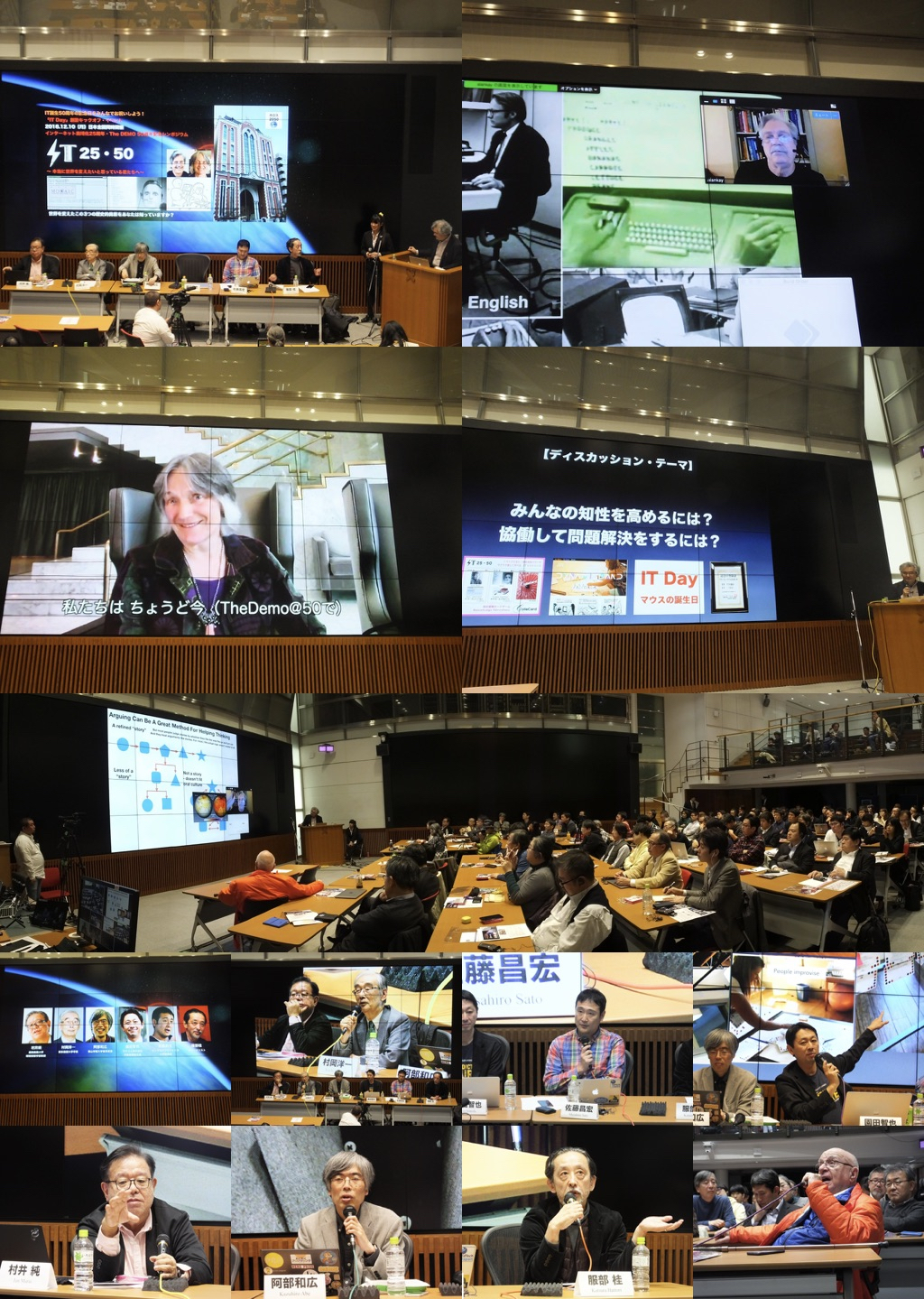